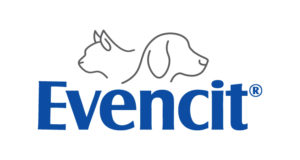 Fruits used in Evencit p.f. manufacturing, come from organic agriculture. The citrus biomass obtained in the manufacturing process can be incorporated in the animal feed as a bioavailable source of citrus Bioflavonoids, Polyphenols and ascorbic acid (supplementing the Vitamin C produced by the animal) providing the active compounds that will serve the antioxidant benefits in the organism.

Evencit® p.f. is an exclusive product, developed and marketed by PROBENA, S.L. as a complementary feed for all pets.

Presentation in bags of 20 kg.

Bioflavonoids and Evencit in pets

Flavonoids or Bioflavonoids are a Polyphenolic group present in most of the plants, concentrated in seeds, skins and peel of fruits and nuts, in leaves and flowers.

In plants, flavonoids fulfill numerous biologic activities, as protective antioxidants against free radicals produced during the cellular metabolism or produced by a continuous exposure to the ultraviolet rays of the sun in the leaves and as protectors against fungal and bacterial attacks. Flavonoids in plants are also the compounds that give color to flowers and fruits.

Large number of medicinal plants content flavonoids, and are used because of its antibacterial, anti-inflammatory, anti-allergy, antimutagenic, antiviral, antineoplastic, antithombotic effects; and for its vasodilating action. Flavonoids form part of the extern antioxidant defense, combined with the Vitamin E, Vitamin C, Vitamin A, carotenoids and trace elements, all of them provided through the diet.

Epidemiological studies in humans have demonstrated the relation between the intake of fruits and vegetables in diet and the ratio of coronary diseases, cancer and other age-related alterations.

Moreover, many scientific investigations both in vitro and in laboratory and supply animals, have demonstrated the beneficial and biological effects of Bioflavonoids based on their powerful antioxidant actions.

Currently in nutrition, the supplementation with ascorbic acid-Bioflavonoids through the diet is related with beneficial effects in animal and human health.

Free radicals are molecules highly reactive with one o more unpaired electrons. Free radicals are originated during the cellular metabolism and are produced deliberately. Free radicals play a crucial role in the intracellular destruction of microorganisms by the active phagocytes. Free radicals can also be produced in an uncontrolled manner by toxics, ozone, ultraviolet radiation exposition and environmental pollutants.

Most biomolecules are vulnerable to being damaged by free radicals. This affectation, at different metabolic levels, is known as Oxidative Stress.

One of the first systems affected by the free radical is the immune system. Immune cells are related to each other through a cellular communication particularly through membrane receptors. Cellular membranes are rich in poly-unsaturated fatty acids, which If peroxidated, endanger the integrity of the membrane, altering its fluidity which may result in an alteration of the intracellular signal and cell function.

Bioflavonoids by blocking free radicals, avoid their possible harmful effects, protecting the immune system from oxidation. This immune system protection is especially interesting in puppies and young pets subjected to vaccine processes, which require an over-stress of the immune system.

Bioflavonoids have shown to inhibit the release of chemical mediators involved in allergic adverse reactions, such as histamine. This means that their supplementation can be a way to reduce or avoid allergic processes in pets.

Oxidative stress is also related with neurodegenerative diseases related with age, as Parkinson and Alzheimer. Stress oxidative is related with the increase of intracellular calcium producing neurotoxic damages. Several studies in dogs (Milgram 2002) demonstrate that antioxidant supplementation such as Bioflavonoids; improve the cognitive life of old dogs.

With animal models, it has been demonstrated that Bioflavonoids and ascorbic acid contained in fruits and vegetables inhibit significantly atherosclerosis, reducing the cholesterol oxidation and triglycerides in blood. The reduction of these parameters supposes less cardiovascular diseases related to aging.

Oxidative stress is also related with degenerative and inflammatory-joint diseases. Bioflavonoids increase the collagen synthesis, speeding up the conversion of soluble collagen to insoluble collagen, and inhibiting the soluble collagen catabolism. This effect is especially interesting in those giant breeds with accelerated growth the first months of life. A supplementation with Bioflavonoids during their life could prevent arthritic harms.

Several studies have shown an inverse correlation between Bioflavonoids intake and cancer. This line of work is being intensely studied in human medicine.

In the intestinal area, the synergism between Bioflavonoids and vitamin C work regulating the intestinal flora, preventing the development of the pathogenic flora, and favoring the beneficial flora, such as lactobacillus. In this way, dysbiosis and diarrhea process could be prevented. In addition, protection against Oxidative Stress of the intestinal cells is provided.

As we have seen, the supplement of vegetable extracts of natural origin, rich in Bioflavonoids and vitamin C, will help to maintain a better health of our animals, in a comfortable way through the diet.